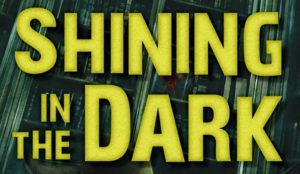 Hans-Åke Lilja, founder of Lilja’s Library, has compiled Shining in the Dark: a brand-new audio anthology of horror stories to celebrate 20 years of running the number-one Stephen King news website.

This audio anthology includes both original stories including a brand new novella by John Ajvide Lindqvist (‘Let the Right One In’), very rare reprints like ‘The Blue Air Compressor’ by Stephen King, and at least one classic tale that inspired Lilja’s love of the macabre at a very young age!

Shining in the Dark is out today. Buy it now from:

Shining in the Dark includes: